Vote No on Question D

Vote No on Question D

On Election Day this year, Portlanders will have quite a few city initiatives to consider. One of those city measures – Question D – directly impacts the restaurants in our city and the many people who earn a living as servers and bartenders. We encourage you to Vote NO on Question D. Here’s why. 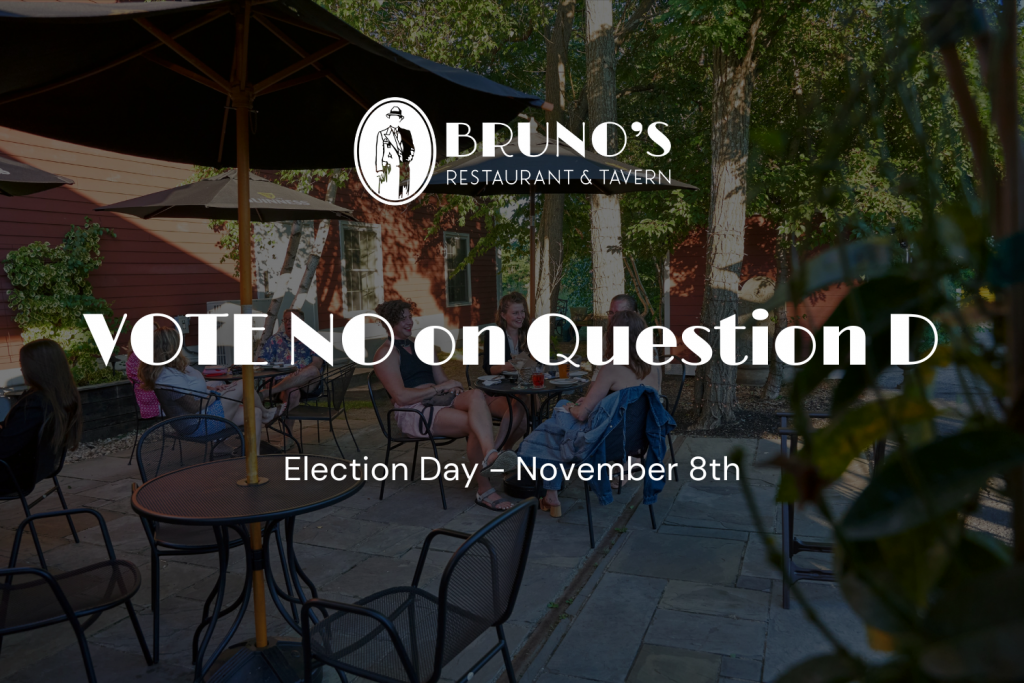 Why It’s A Bad Idea

Question D might sound good on the surface – raising the minimum wage to $18 – but doing so comes with negative consequences for the servers and bartenders who earn a living from their tips. The proposal to raise the minimum wage would also eliminate the tip credit, which allows tipped employees to be paid 50% of the minimum wage, and then make up the difference in tips. However, in most cases, tipped employees already earn far more than the proposed $18 when they receive tips!

Joshua Chaisson, who works at The Porthole stated he regularly makes $40 an hour under the current system. Craig Howard, who works at The Great Lost Bear said he regularly makes $35-$40 an hour. Our own bartender Bruno Napolitano was quoted in the Portland Press Herald as saying this wouldn’t be a fair move and would result in a pay cut for both him and other restaurant workers.

With the elimination of the tip credit, restaurants would need to increase prices on food and drink across entire menus. This will leave less in patrons’ wallets for tipping while leading many patrons to believe they don’t need to tip, or don’t need to tip as much.

Question D’s passage may also lead to fewer people being employed in the restaurant industry because restaurants in Portland will have a hard time affording the drastic increase in the minimum wage. This would mean more than lost jobs: it means slower service, more counter service, and more automation. Worst of all, restaurants could end up closing or moving outside of Portland.

Mainers Have Already Said No!

Servers and bartenders have spoken up loudly in opposition to Question D this year. And it’s not the first time they’ve done so – in 2016 Maine eliminated the tip credit. Restaurant workers rallied in opposition, showing up in droves to testify in front of state legislators. Their efforts led to the tip credit being restored in a bipartisan vote. But just five years later, restaurant employees have been forced to defend their livelihoods again.

We have a thriving restaurant scene that provides good jobs and good wages. Listen to the servers and bartenders who are impacted by this proposal, and vote no on Question D.

If you’d like to learn more about this issue, you can visit the Restaurant Industry United website or read an op-ed by server Joshua Chaisson in the Portland Press Herald here.