You see them on our menu, you’ve probably ordered a dish made in the style before, but do you know the meaning behind these Italian food terms? 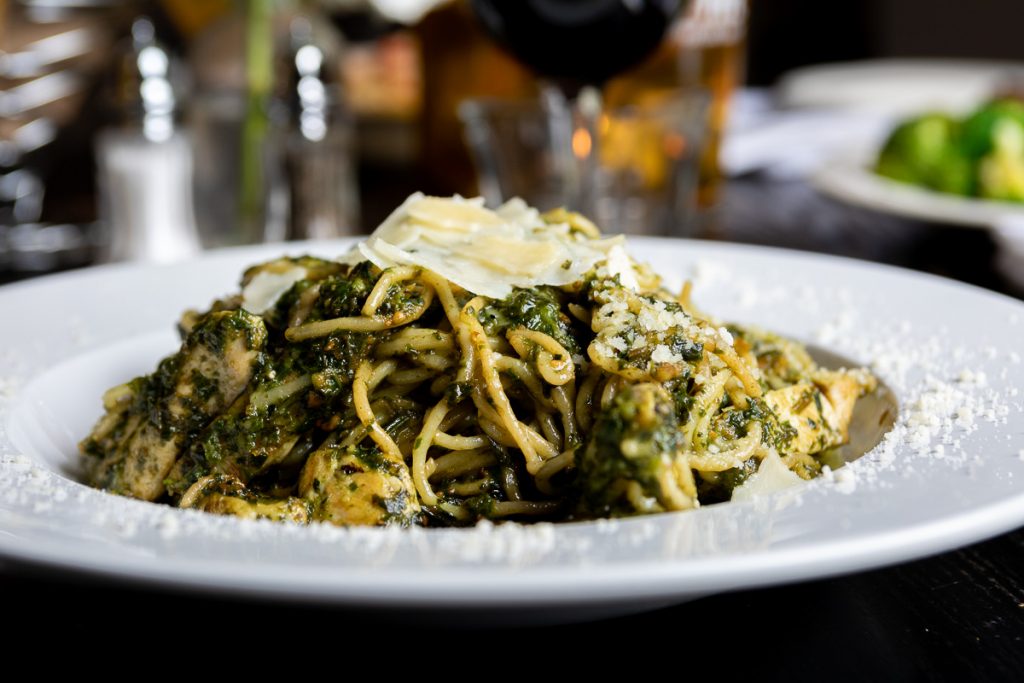 Chicken parmigiana, eggplant parmigiana, meatball parmigiana…it’s all delicious, but what does ‘parmigiana’ mean? That answer isn’t so simple as there are disputes about the origin of the phrase. One theory says it simply refers to the Parma region of Italy and the associated cheese that’s used in parmigiana dishes. Another says the word derives from the Sicilian term for wood slats, parmigiana, which is what slices of eggplant used in the dish resemble.

Alfredo isn’t actually a culinary term at all – it’s a name! Alfredo Di Lelio came up with the rich, cheesy, buttery dish at his restaurant in Rome in 1941. The name stuck, and his legacy in Italian food was cemented.

If you’ve tasted a pizzaiola dish before, like Bruno’s steak pizzaiola, you probably have a good idea of what this term means – “in the style of a pizza maker.” If you see pizzaiola on a menu, it’s fairly safe to assume the taste will be reminiscent of pizza with a tomato sauce featuring oregano and garlic flavors.

The term bolognese is a shortened version of ragu alla bolognese, which means a sauce in the style of Bologna. Bolognese sauce is a thick, meaty red sauce that is believed to have originated in or near the city of Bologna in Italy and was traditionally served with tagliatelle pasta. Tagliatelle is a flat, fettuccine-like pasta – at Bruno’s, we serve Tagliatelle Bolognese with spinach tagliatelle and a Bolognese made using pork, veal and beef.

When you’re craving traditional Italian-American food, Bruno’s is the place to go in Portland. We’re a local favorite for a reason. Come on in and enjoy a delicious Italian meal. If you have any questions about our menu, or would like to speak with us about catering, please call us at (207) 878-9511.