Open for curbside, indoor and outdoor seating Check out our menu!

A Portland, Maine Favorite Since 1981

Back in 1981 Bruno’s opened in what was once Portland’s Little Italy by owner and founder Bob Napolitano.

The tiny bar was tucked into the corner of Micucci’s Grocery on India Street, where Bob sold only bottled beer and steamed hot dogs.

In 1985, the growing business moved further down India Street to a larger location, where the kitchen was finally established. Bruno’s was the first kitchen in Portland to serve calzones. The steak and cheese sandwich, pizzas, and linguini with clam sauce became instant classics. Bruno’s was also the first bar to open a patio in Portland.

After four short years here, it was moved again but this time under a new name, Erik’s. Erik’s was an already established business on Market Street. Not wanting to lose loyal Erik’s customers, the old name was retained.

Then in 1999, the Bruno’s name was resurrected in its current location at 33 Allen Avenue in Portland. In our new location, the menu, seating, building size, and staff were greatly increased. 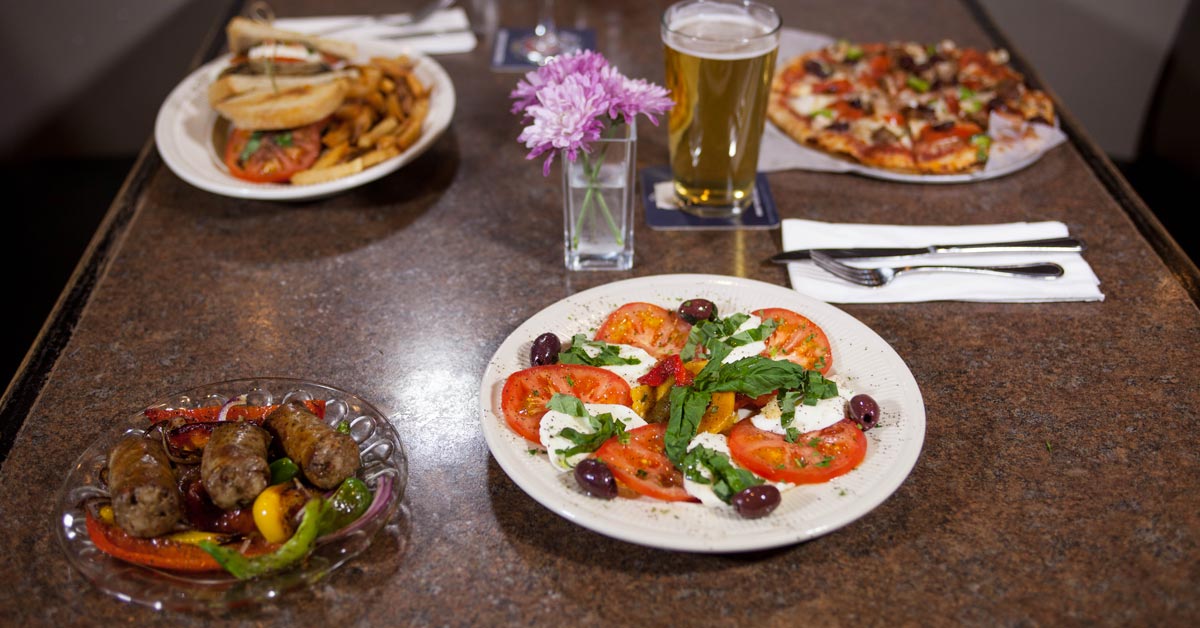 Bruno’s now offers a private banquet room for groups and a catering service which is busy year-round with anniversaries, retirement parties, birthdays, business meetings and special occasions of all types.

Despite its many changes, Bruno’s has been providing Portland with the same great service and food for over thirty years.

We love serving our community and appreciate all our loyal friends and customers; while looking forward to meeting many new ones in the near future. We want to be your “Favorite” Italian Restaurant for many years to come!